Hi all! For our first recipe post, I decided to share one of my very favorites! This White Chocolate Citrus Poppy Seed Babka sounds like a handful, but it is oh so delicious. This recipe has been adapted from Shannon Sarna's book Modern Jewish Baker. She did a marvelous job providing a virtually fool-proof instruction manual for the perfect Babka bake! Here is where the fun part started for me. I was able to customize a filling that suited my cravings. I have been on an orange kick lately so it only seemed fitting to include this in my bake. I found some white baking chocolate in my pantry and boom! The perfect match was made. I hope you all enjoy this recipe as much as I have. If you prefer a stronger orange flavor, add a bit of fresh orange zest after slicing. This is perfect to pair with your favorite cup of green tea or coffee. 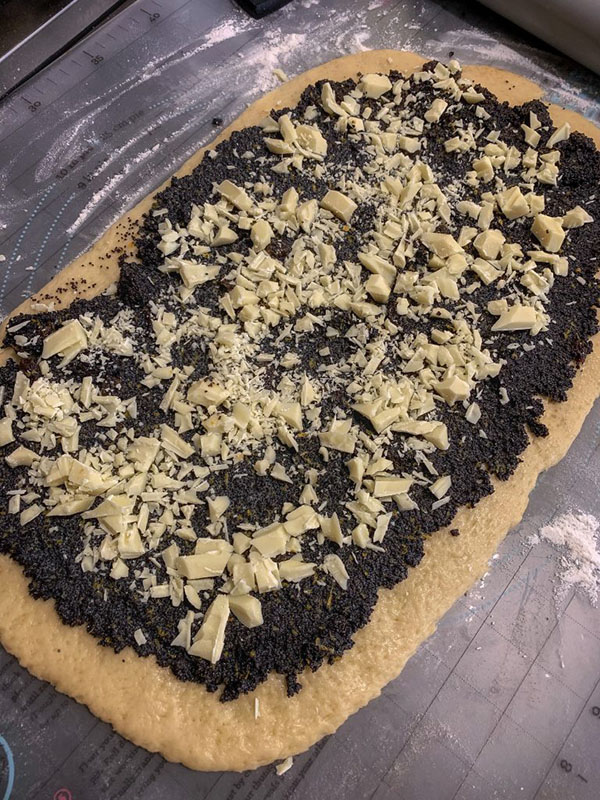 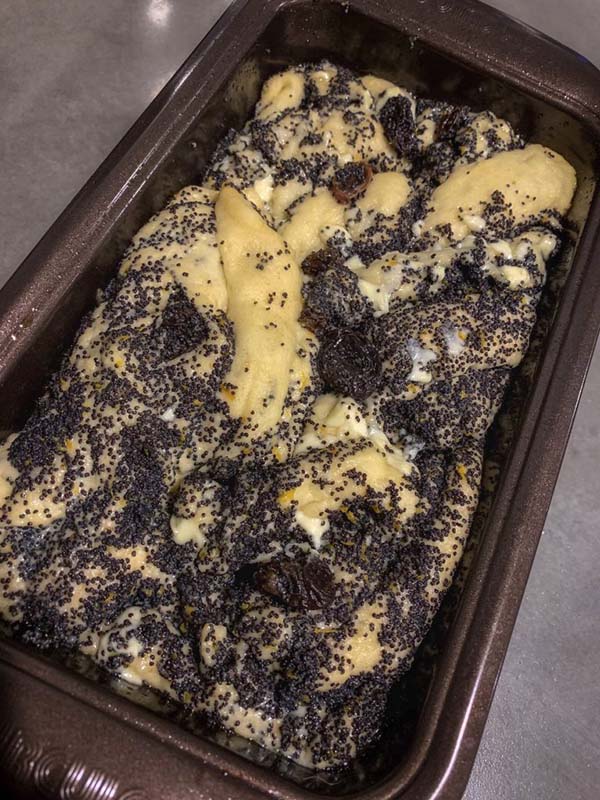 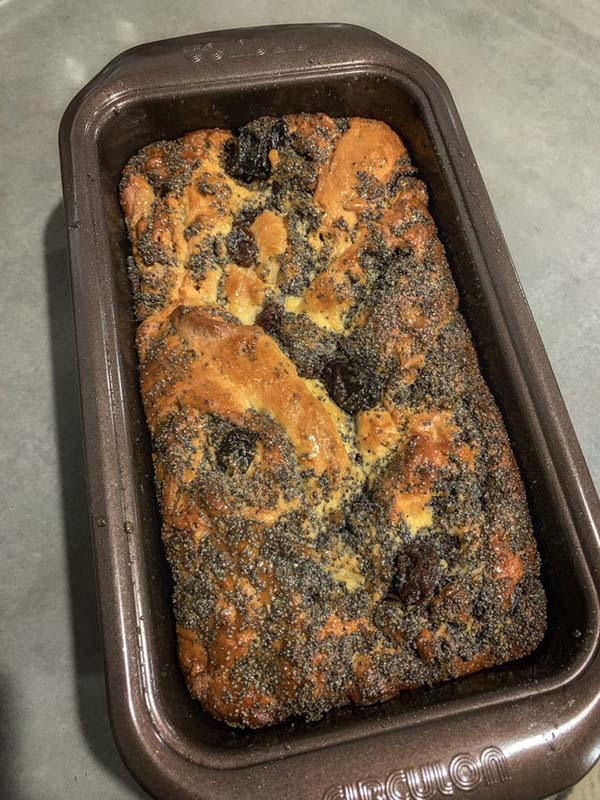 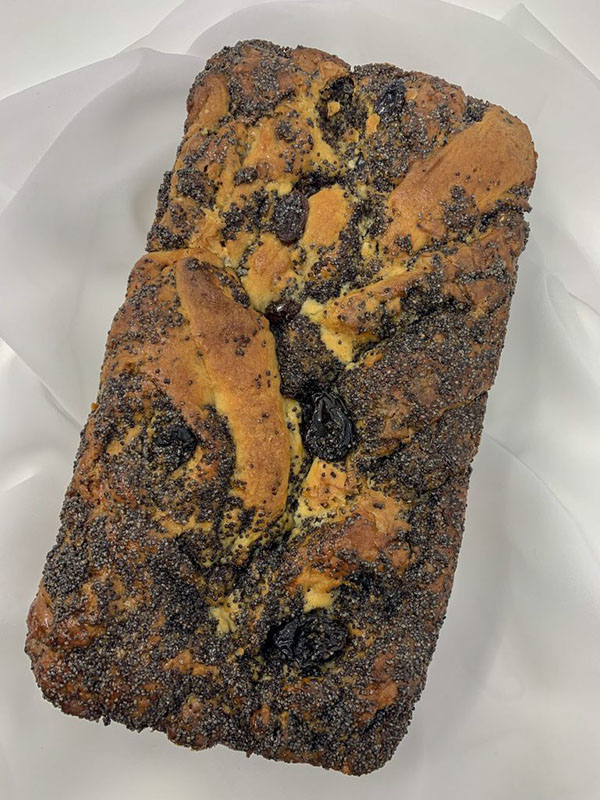 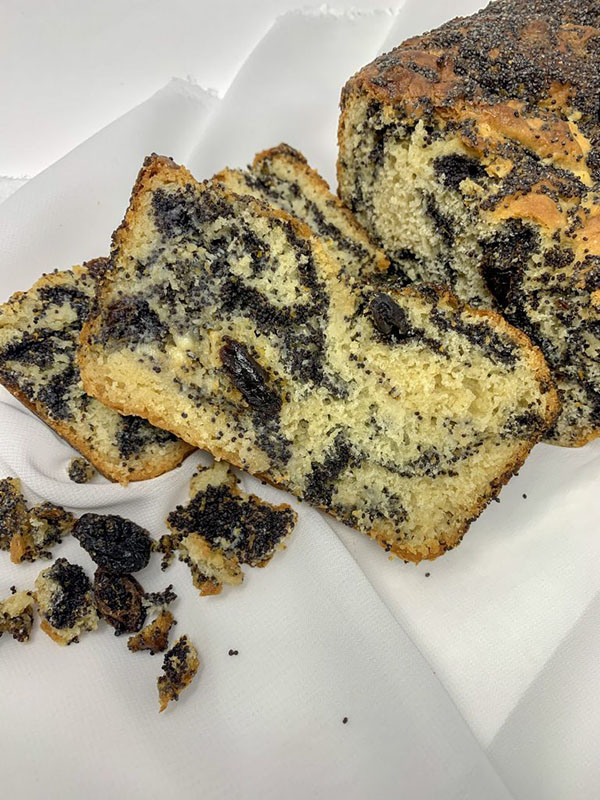 Combine the yeast and reserved 1/2 teaspoon of sugar in a bowl with the warm water. Gently whisk until combined and cover. Let this mixture sit for 5 minutes until thick and foamy.

While the yeast is activating blend the flour, sugar, and vanilla in a separate bowl.

Gently heat the milk until it is almost boiling. Remove from the stovetop and let it cool for 30 seconds.

Using dough hooks incorporate the yeast mixture, milk, and butter into the dry ingredients. Add in the eggs one at a time, waiting until the first is absorbed to add the second.

Scrape the dough ball into a large, greased bowl and cover tightly with saran wrap. Place the bowl in a warm place (I used the proofing function on my oven) and let rise for about an hour, or until it has doubled in size.

While your dough is rising combine the milk, sugar, cinnamon, 1 T. orange zest and juice in a small saucepan and bring to a boil. As soon as the milk begins to boil, remove from heat and add the poppy seeds. Stir for a moment and let the seeds soak for 10 minutes as the liquid cools.

Once your dough has completed its first rise, move the dough to a floured surface and knead 4-5 times. Roll the dough into a 14x20” rectangle with a rolling pin.

Sprinkle the chopped chocolate and remaining tablespoon of zest on top of the poppy seed mixture.

Tightly roll the dough, starting with the bottom long edge forming a log and sealing the final edge.

Once completely rolled, take a sharp knife and pierce the log starting about 3 inches from the top. Slice the log in half lengthwise and place the open side face up. Gently braid the two slices into a plait, sealing the bottom seam. Quickly transfer the plait into a pre-greased loaf pan. I prefer the longer loaf pans, the one pictured is from IKEA, but a standard pan would be fine. Cover the pan with a tea towel and set in a warm place for 30-60 minutes for the second rise.

Bake the Babka in a 350-degree oven for approximately 35 minutes, making sure a toothpick comes out clean before removing.

Combine the ingredients for the glaze with a whisk until smooth. Spread the entire amount of glaze on top of the loaf, I found using a basting brush did the job perfectly. Let the loaf cool for 20 minutes before removing from the pan.

Enjoy this cake immediately, or wrap and freeze for later!