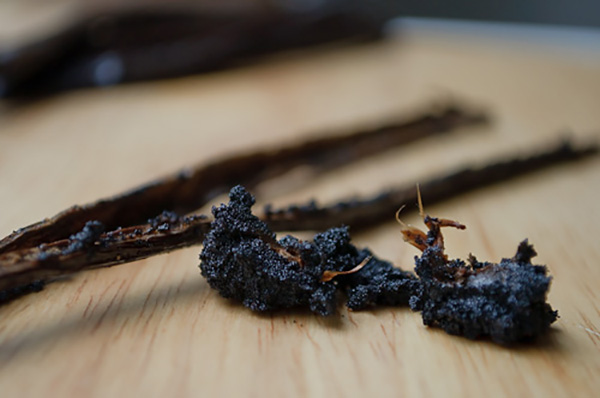 It’s hard to mistake the distinct aroma of a good vanilla bean. The sweet, earthy scent easily pervades our senses and can even transport us to another time, like childhoods spent baking cookies with family on a cold winter morning. Whatever your connection to vanilla, there’s no doubt that it’s a much sought-after flavor (and fragrance). To get the most out of this intoxicatingly evocative spice, we need to go straight to the source: real vanilla pods.

If you’re an aspiring baker, a DIY-er, or just someone interested in the quiet power of vanilla, read on to learn what to look for when buying vanilla.

Step One: Figure out what you want to use it for. Different kinds of vanilla pair better with certain foods. Depending on which region of the world the vanilla is from, it will have a slightly different flavor profile.

For example, Mexican vanilla is said to be sharper compared to other beans, so many bakers would recommend this vanilla for holiday season baking, perfect to whip out in tandem with the pumpkin spice and eggnog.

On the other hand, Tahitian vanilla is lighter, floral, and more fruity by comparison, which makes it better for frozen and refrigerated treats like ice cream and smoothies. If you aren’t sure exactly what you want to use it for, go for Madagascar or Bourbon vanilla, as it’s the most versatile version of the spice.

“Bourbon” refers to the vanilla grown on Réunion, formerly known as Bourbon Island, located less than 600 miles east of Madagascar. Now the name more broadly refers to vanilla grown anywhere in Madagascar or the nearby Comoro Islands. (No bourbon whiskey is involved… unless it’s part of your bake process. If so, no judgment here!)

Step Two: Look for reputable vendors. Shopping for vanilla beans in person — where you can smell the vanilla’s intensity and feel its freshness — is optimal, but there are plenty of reputable online sources that perform the same quality checks, including us at Lone Goose Bakery. Our Madagascar vanilla beans are carefully inspected to ensure the richest flavors and aromas for your recipes.

Step Three: Select the best beans. Regardless of their origin, the best vanilla beans should have a rich, full-bodied aroma, have an oily exterior, be dark brown or almost black, and be slightly squishy to the touch. Sometimes the beans are coated with a fine white dust. This is crystallized natural vanillin, present in high-quality vanilla.

Don’t select beans that are dry, brittle, have too mild of a scent, or are mildewed. Oftentimes mildew can look like vanillin crystals (which are normal), so to determine the difference, hold the affected bean to the sun. Crystals should reflect the light, while mildew should look dull and likely smell off. If you have a mildewed pod, throw it out so that it doesn’t spread to your other beans. 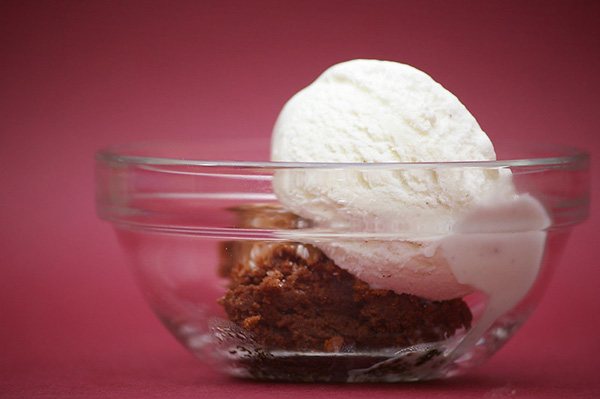 Look for beans that have been stored at room temperature, ideally in airtight containers and out of the light. Vanilla beans should never be refrigerated or frozen.

Step Four: Enjoy your vanilla! If you choose your vanilla (or vanilla sources) well, it should be obvious from the robust flavor and scent coming from your bakes, or whatever else you’re using vanilla for. For instructions on extracting the seeds and making the most of every pod, we have a blog about that as well.

Just as one shirt size does not fit all, one bean may not fit all occasions. We hope these steps are helpful in determining the right vanilla beans for you.