Skip to content
We'll be open Monday for MLK day, but USPS will be closed (UPS open). Free Shipping $50+ 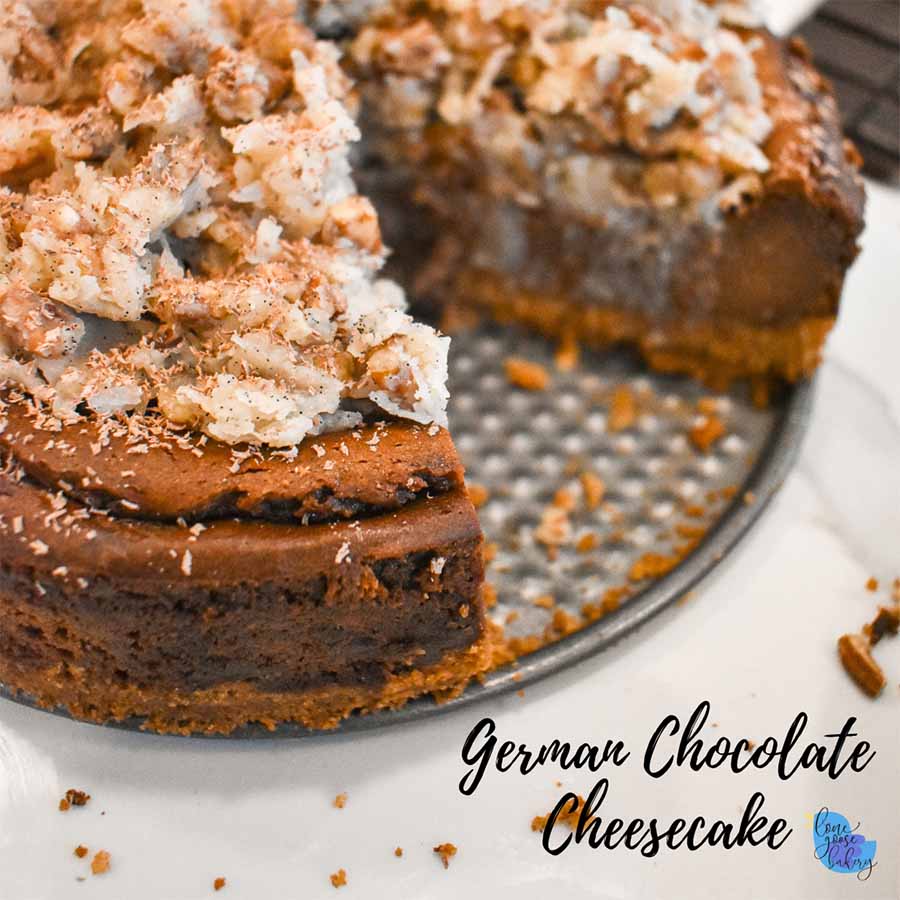 Growing up, I was never a fan of cheesecake. Actually, I wasn’t a fan of any recipe that included cream cheese. The texture, taste, smell all turned my stomach. That is until I had this cheesecake! My friend’s mother had made it for a party, and in fear of being rude, I caved and tried it. Holy cow was I blown away! The smooth and silky texture, the perfect amount of chocolate, and the fabulous crunchy and creamy topping blew my mind! Ever since I have asked for this cheesecake for every holiday. My friend graciously has shared her recipe, and with the addition of our Madagascar Bourbon Vanilla, this cheesecake is truly the one to beat. Best of all, this recipe can be whipped up in under an hour, which makes it perfect for a last-minute dinner party or game night with friends. I can’t wait for you all to experience the magic!

Preheat the oven to 350 degrees and set out a 9-inch springform pan.

In a large bowl, beat the softened cream cheese until light and fluffy, about 5 minutes.

Scrape the sides of the bowl and slowly add in the sugar and salt. Mix well until the mixture is whipped and sugar has been incorporated fully.

Add in the eggs one at a time, beating well after each.

On a cutting board, roughly chop the chocolate and add it to a microwave-safe bowl. Melt the chocolate in the microwave until smooth. *I suggest microwaving in 30-second intervals to ensure you don’t scorch the chocolate.*

Once cooled, remove the cheesecake from the oven. Cover the pan with saran wrap and place it in the fridge to cool. 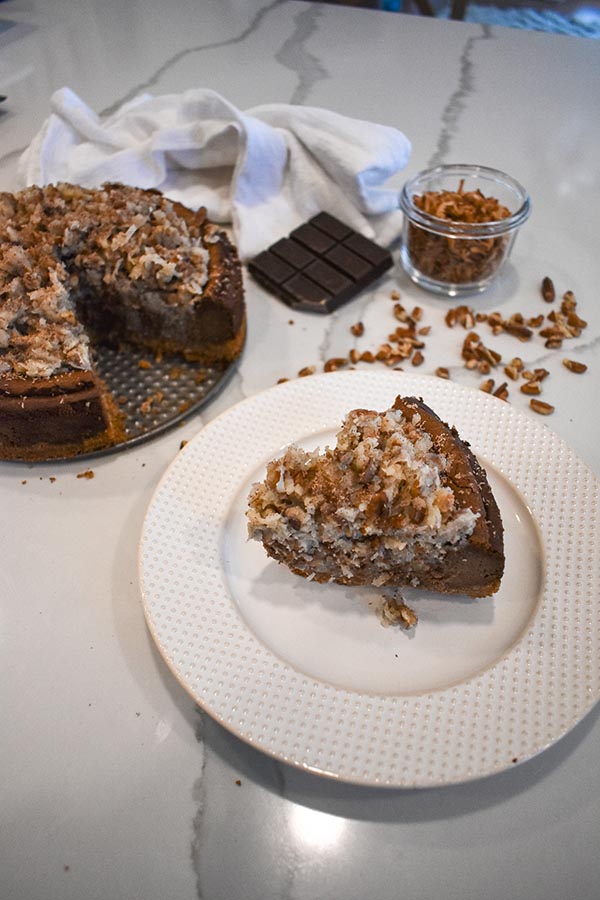 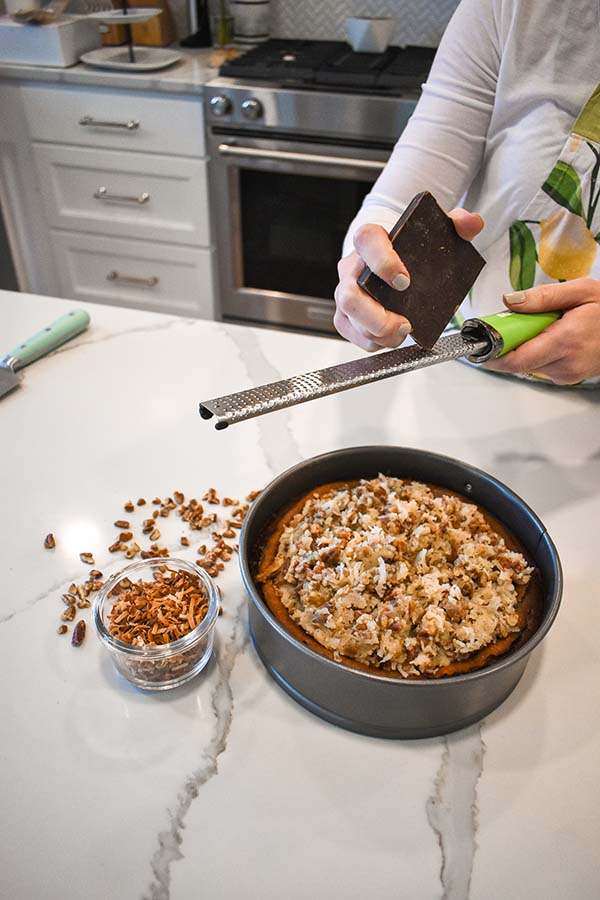 In a small saucepan, melt the butter on medium heat. While the butter is melting, use a sharp paring knife to slice and scrape the vanilla caviar from the bean. Add in the evaporated milk, vanilla, and sugar. Mix well until the sugar is dissolved, then add in the cornstarch. Continuously stir until the mixture starts to thicken. Finally, add in the pecans and coconut. Incorporate fully and remove from heat. Let the topping cool slightly before spreading on top of the cheesecake.

Slice and serve the cheesecake. Refrigerate the remaining cheesecake for up to a week. Enjoy!